Best-selling author Rusty McClure spoke to a group at the VOA Museum Friday, November 10.  Rusty is the author of CROSLEY Two brothers and a business empire that transformed the nation. 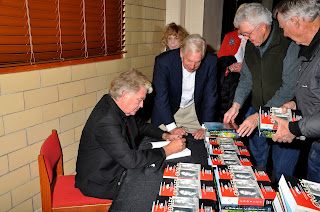 Posted by Unknown at 1:08 PM No comments:

The Powel Crosley Jr. display features many accomplishments and products of Crosley Radio and Crosley Manufacturing.  Pictured is an 898 triode used in the 500 kW transmitter.  There were 20 in the transmitter, 12 in the RF power amplifier cabinets, and 8 in the modulators. 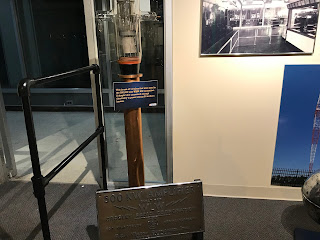 This steel ball was at the top of the WLW tower when it was 831 feet tall. 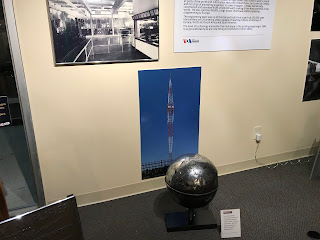 A display of early Crosley receivers. 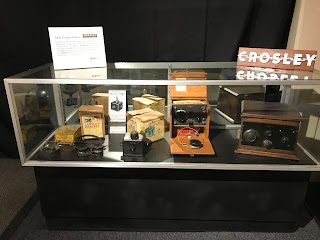 A wind-up phonograph, microphone, and the actual record "Song of India" played on Powel Crosley Jr.'s first broadcast in 1922. 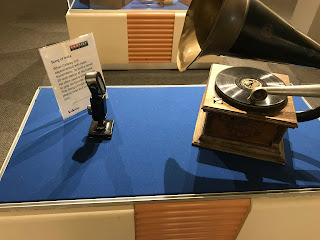 A 1935 Crosley receiver and a Reado printer.  The Reado was a early use of facsimile.  WLW transmitted facsimile after midnight and a facsimile newspaper would be waiting for you to read the next morning. 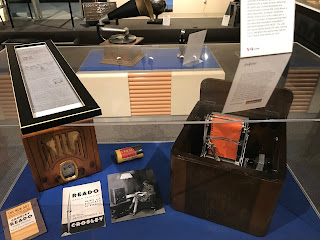 A display of Crosley television receivers. 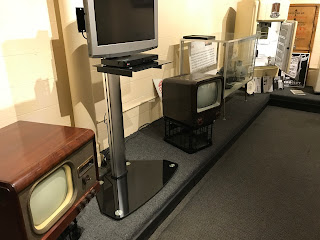 The "Icyball" refrigeration system.  The "icyball" did not require electricity and was used around the world before electrification. 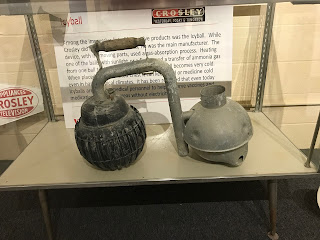 A Crosley "Shelvadoor" refrigerator with a built-in radio receiver. 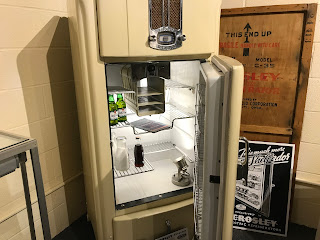 Two models of the "Exervac" hair-growing machine.  It was on the market only a short time as Crosley was sued by the FTC as there was no proof that it worked. 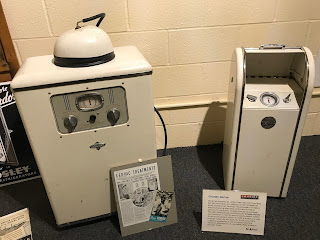 The "Go Bi Bi" child's scooter built in the Crosley cabinet shop.  This product was sold to Taylor and became the Taylor Tot scooter. 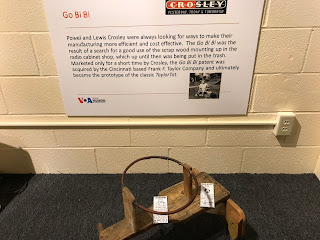 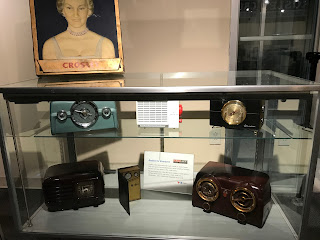 Visit the Museum on Saturdays and Sundays to see more of the Powel Crosley Jr. display.

The museums were open both Friday and Saturday, May 19 and 20, for visitors from Hamvention.  Over 230 guests visited. 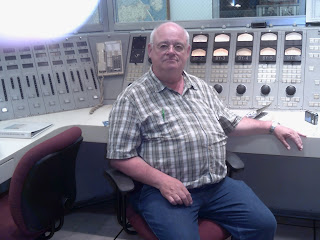 Rien van Trotsenburg (PA0TRT) was visiting from The Netherlands.  He has been all over the world installing equipment for Phillips. 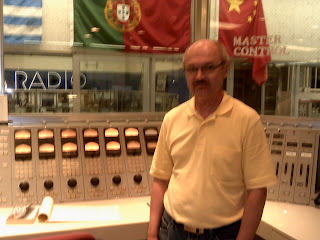 Jonas Duda grew up listening to the VOA in his native Lithuania.  He now resides in Missouri.

If you visited and missed signing up for the handouts offered, you can receive them by email by sending a request to me at davidsnyde@aol.com.
Posted by Unknown at 7:56 AM No comments:

Forty one ROTC students from Midview High School from the Cleveland area visited the VOA Museum on May 7. 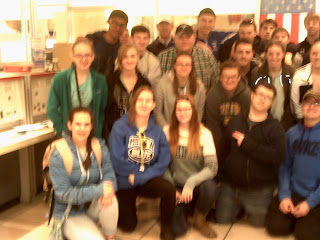 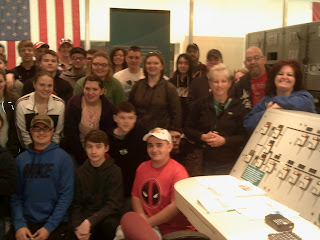 (Click on a picture to enlarge)
Posted by Unknown at 10:02 AM No comments: 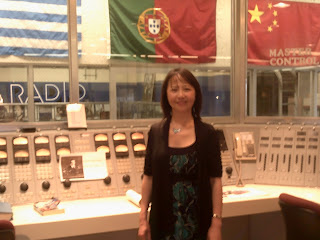 The VOA museum welcomed visitor Menyan Cheng Siebel to the Saturday open house on April 15, 2017.  She learned to speak English as a child by listening to the Voice of America in China.
Posted by Unknown at 8:54 AM No comments:

The Cincinnati Antique Radio Society (CARS) held their annual Radiorama on Saturday June 18.  Radiorama is open to the public and is a chance to show, buy, sell and trade collectable radios.  It is also a fundraiser for CARS and the Gray History of Wireless Museum through the donation auction at the end. 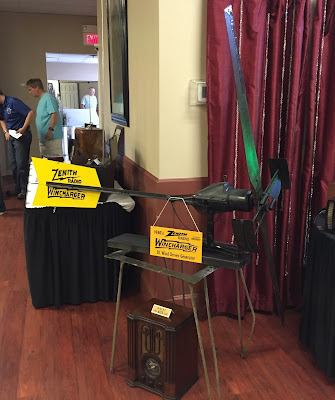 On display was a Zenith windcharger.  This is how many farmers listened to the radio in the 1930s before power lines were extended into the rural areas.  The windcharger charged a storage battery that would power the 12 Volt DC farm radio.  A farm radio is sitting below the charger. 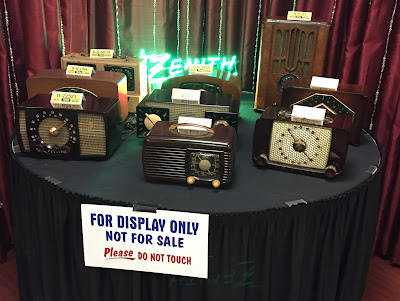 Also pictured is a collection of Zenith radio receivers that belong to members of the club.

Concert attendees were treated to a spectacular evening of music under a tent at the Voice of America on June 4.  After a reception with hors d'oeuvres, great music was provided with Carmon DeLeone and the New Studio Big Band and guest artist Mike Reid.  Seating was under the tent as it did rain a bit during the concert.

Thanks to sponsors the Haile/U.S. Bank Foundation and Dee Dee and Gary West along with Alice Sparks for a great evening.

Posted by Unknown at 9:50 AM No comments: